Save Misty is one of the events in Candy Crush Jelly Saga. It is only available on the mobile version.

This event will be unlocked at level 31.

Oh no! Misty has been trapped! The player will start with your first level in this event and continue to level 5 without playing any puffler levels or puffler boss levels on the main map. After completing all 5 levels and saving , the player will get rewards.

Oh no! Misty has been trapped in frosting by Cupcake Carl! The player will start with your first level in this event. However, if the player wants to go next to other levels, they have to find a certain amount of special pufflers (one for the second level, two for the third level, three for the fourth level and four for the fifth level) in puffler levels and puffler boss levels, then go back this event to continue. Each level the player passes, they will get specific rewards. After completing all 5 levels and saving Misty, the player will get more rewards.

Go to Save Misty icon

Notification
Add a photo to this gallery

Level 5 complete
Add a photo to this gallery 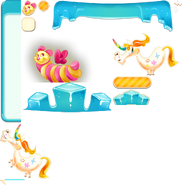 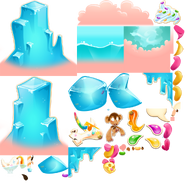 Textures (PC)
Add a photo to this gallery
Retrieved from "https://candycrushjelly.fandom.com/wiki/Save_Misty?oldid=57836"
Community content is available under CC-BY-SA unless otherwise noted.