This article is about element in the game. For the character, see here.

Puffler is an item that the player has to collect in puffler levels and puffler boss levels.

All pufflers often hide under frosting. To be able to find out them, the player needs to clear frosting. If frosting reveals something on is surface (it can be pink), pufflers are hiding there. If they clear some frosting which pufflers are hiding, they will move to certain places, make it hard for the player to find out again. However, there are some cases which pufflers still stay there although frosting was cleared almost all.

Each puffler collected is worth in points, 3,000 points are the number of squares which pufflers hide. For example, if the puffler occupies 5 squares of the board, the player earns 15,000 points when it is caught. However, it only applied for hidden pufflers from two squares or more. If there is only a puffler in one square (in other words, only its head), the player only earns 1,000 points. The point value doesn't appear on the screen.

After pufflers are caught, the spaces they occupy won't clear all candies or activate special candies in front of them. 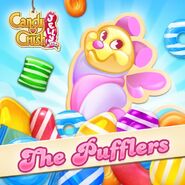 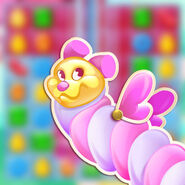 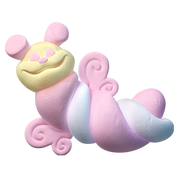 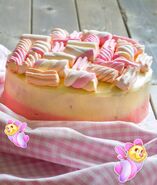 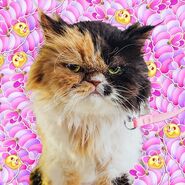 When you're playing against Cupcake Carl and it's a good thing you're on a leash because... Cupcake Carl. 😠 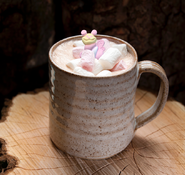 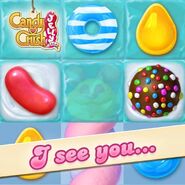 You can run, but you can't hide... Come here little Puffler! 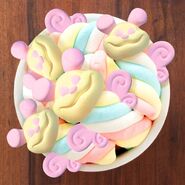 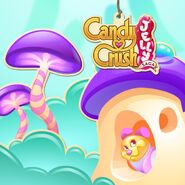 Catch me if you can! Keep up with the Pufflers in 20 new levels, out now!