Liquorice Larry is the third antagonist in Candy Crush Jelly Saga. He first appears in level 141, in the intro and all monkling boss levels.

He is an obese light blue rabbit with a black toupee and mustache, pink nose and eyelids, and two buck teeth. He wears a pink bow tie, dark brown leather dress shoes, a dark brown dress coat, a white dress shirt with a pink velvet striped vest, and a golden ring around his finger. In his hand, he holds a smoke pipe with pink candies inside.

He is a faithful servant to the Jelly Queen, who also wishes to rule the candy world, alongside her.

In monkling boss levels, he competes with Jenny by trying to create blue monklings and collect them first before she does to make the player fail. 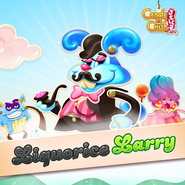 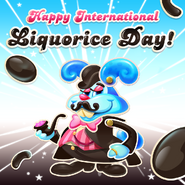 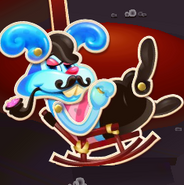 As seen in Liquorice Lot 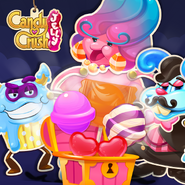 The Jelly Queen, Cupcake Carl, Liquorice Larry.... What do they have that you don't? NOTHING! Get that treasure! 👊 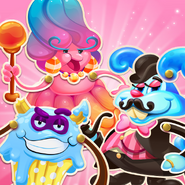 If you HAD to choose, who would you pick as your Valentine? Cupcake Carl, The Jelly Queen or Liquorice Larry? 🙈
State your choice in comments. We'll share the results tomorrow! 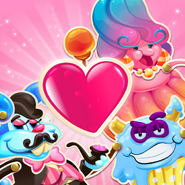 Yesterday we asked who you'd pick as your Valentine. (Yes, you HAD to choose). Now, what did your choice say about you?
--->See more! 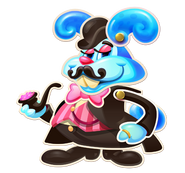 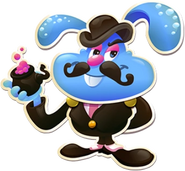 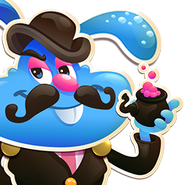 When you fail monkling boss levels

Liquorice Larry appears when the player fails a level (2)