Cupcake Marathon is one of the events in Candy Crush Jelly Saga. It is only available on the mobile version.

This event will be unlocked at level 30.

Cupcakes give you both energy and rewards!

In this event, the player has to collect the specified number of cupcakes to get rewards. The reward is different in each goal.

In the specific level, the player must clear cupcakes to collect, but only when the player clears a cupcake fully, it will be counted by 1. In every 2 moves, cupcakes will appear depending on the layer numbers on cupcakes. The line in cupcake meter will show how many cupcakes you cleared and what reward you can earn (If you reach it, a gift will pop up). When you lose, the game will give the player 2 suggestions (of course, the player will lose a life, in case the player doesn't fill in 100% cupcake circle): 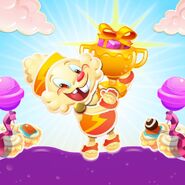 Help Jenny collect cupcakes and you could bag yourself a reward too! Now there are even more reasons to #LevelUp!
Only on mobile, from level 30 onwards. Ends Monday 17th July @08:00 PST 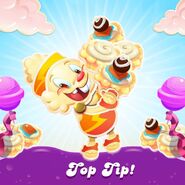 Get ahead and #LevelUp in Cupcake Marathon! 💪 Clear as many cupcakes as you can to increase the pace. Go, go, go!
Ends July 31, 7am PST. 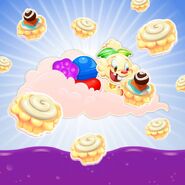 We ❤️ cupcakes! #LevelUp this weekend with Cupcakes Marathon – the more you collect, the better the rewards! 🎁 Only on mobile, from level 30 onwards. Ends Monday 14th August @08:00 PST 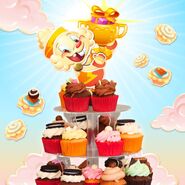 Tasty cupcakes! How many will you collect this weekend in Cupcakes Marathon? Get ready to #LevelUp and win some rewards! Only on mobile, from level 30 onwards. Ends Monday 21st August @08:00 PST 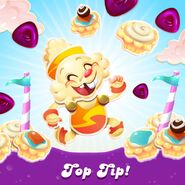 Need a good tip for Cupcakes Marathon this weekend? Save the special purple Candies. Use them wisely to blast your way through the level! Only on mobile, from level 30 onwards. Ends Monday 28th August @08:00 PST 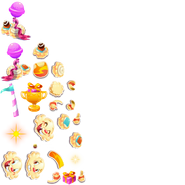 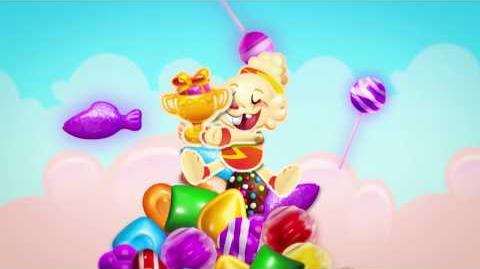