A color bomb is created when 5 candies (including special candies) of the same color form either a horizontal or vertical straight line. When formed, 200 points are given to the player. As in the original game, color bombs are not linked to any specific color. Therefore, an identical color bomb will always be created regardless of the color of candies that made it.

It is easy to form a color bomb when the board has less than 5 colors.

Since a color bomb is not linked to any specific color, it cannot form a matching combination with other candies on the board. However, it will be activated if swapped with any regular or special candy. Therefore, it is not possible to move a Color Bomb without getting it detonated. The effect will depend on the type of candy the color bomb is swapped with.

If the affected regular candies are trapped in liquorice locks, they will get unlocked but not destroyed. However, the locked special candies will get both unlocked and activated.

If a color bomb is activated by special candy’s effect, it will strike the candies of the dominant color on the board. 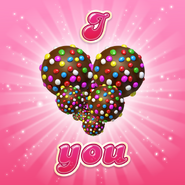 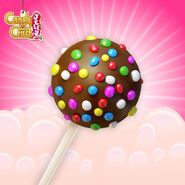 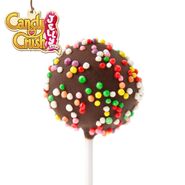 The lightning of color bomb

The lightning of color bomb 2